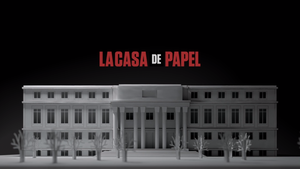 The third season of the Spanish heist crime drama series is now produced by Netflix. Here’s our take on Money Heist Part 3 which debuted on Netflix on July 19, 2019 on the streaming giant.

Money Heist aka La Casa de Papel (The House of Paper) originally ran for 15 episodes on Spanish network Antena 3 before Netflix acquired its streaming rights in 2017 and re-cut the film into Parts 1 and 2 with a total of 22 episodes.

Riding on the success of the first two parts, Netflix announced that it has renewed the series and just like that, Money Heist is back with Part 3, which claims to be bigger and better than the previous two parts. But, is it, though? Short answer: YES!

As expected, Netflix pulled out all the stops as far as the budget goes as evidenced in just the first few acts where several international locations were featured which, in hindsight, makes sense considering the global repercussions of the plot.

Dali Masks Back On!

When Anibal Cortes/Rio (Miguel Herrán) gets captured by authorities after a costly mistake. His lover Silene Oliveira/Tokyo (Úrsula Corberó) gathered the group once more with “The Professor”/Sergio Marquina (Álvaro Morte) going back on the drawing board to formulate a plan to get Rio back. No better way to do it than do what they do best, with another heist. This time, the stakes are much higher with the crew now including former National Police Corps inspector Raquel Murillo/Lisbon (Itziar Ituño) now labeled as international criminals. The group had to operate once more with their Dali masks on to exact another intelligently planned heist, this time, on the Bank of Spain.

More Than Just A Heist Story

What made Money Heist such a hit among viewers is that it was never just a story of the perfect heist. It was also about getting the sympathy of the people and challenging the system, in almost a Robin Hood-ish style. Money Heist Part 3 stays true to this premise.

And speaking of staying true to its roots, it’s a no-brainer to get series creator Alex Pina back to helm the now-Netflix original. Tokyo is back as narrator.

Money Heist Part 3 proves once more that non-linear storytelling, when crafted beautifully as in this series, is just as effective as the conventional ones. Maybe even better.

As mentioned, production is a lot bigger and better for Part 3. It is noticeable even with the story lines as creator Alex Pina and company seemed to have dug deeper on a lot of the character’s arcs especially with fan favorites Nairobi (Alba Flores) and Helsinki (Darko Peric).

Money Heist is unlike other series in Netflix and for some, it may take a while to get used to the Spanish style of filmmaking. But stay right in and once you are part of the Money Heist crew, you’ll be dying to be inside one of those red jumpsuits with your Dali masks on.

Another defining quality of the series is its brave tackling of sensitive subjects, the female leads taking over the “patriarchy” as Nairobi puts it and the series’ portrayal of sexuality, and same sex relationships. Talk about keeping up with the times.

Money Heist Part 3 significantly outdid the two previous parts. Like way beyond. Thanks in part to Netflix for giving the series a much-needed special treatment. And no, it’s not done yet. We’re not saying “Bella Ciao” to this revolutionary Spanish series just yet.

The characters we have come to love got more stories to tell and will be back with Part 4 most likely in 2020. And we can’t help but get excited for it.

Money Heist 3 is up there with the best series of this age and is a real must-watch! You can’t miss out on this great Spanish series!

Let us know what you think of the Money Heist by giving it your own rating or commenting below.