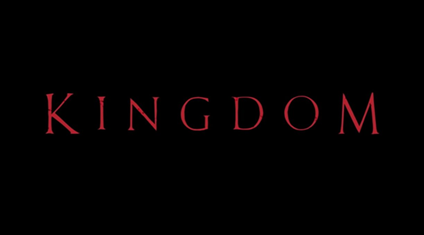 Netflix’ first original Korean series, Kingdom, a supernatural thriller set in the Joseon period and based on the webcomic series Kingdom of the Gods by Korean writer Kim Eun-hee and illustrated by Yang-Kyung-il, is here to revive the zombie genre.

Skip it or Watch it? Read our review to find out.

Series creator and author Kim Eun-hee teams up with director Kim Seong-hun to bring this Korean period thriller based on the webcomic series Kingdom of the Gods (also written by Kim Eun-hee).

Korean series/movie fans should recognize some of the actors in this series led by Ju Ji-hoon (Princess Hours) in yet another role as crown prince albeit a more mature but equally charming. Another familiar face that people will recognize is Korean actor Ryu Seung-ryong from the 2013 ultimate Korean tearjerker film, Miracle in Cell No. 7, although his appearance in the series is somewhat unrecognizable probably because he portrays a menacing villain. Rounding up the lead cast is Parasite director’s Bong Joon-ho’s frequent collaborator Bae Doona (The Host, Sense8).

All three leads prove to be great choices and balanced out by the supporting cast that includes Kim Sung-kyu (The Outlaws) and Kim Sang-ho (The Happy Life).

Not many zombie films or series are as elaborate as Kingdom. A kingdom during its politically-driven transition of power, a contagion that leads to an unfortunate outbreak, a scheming minister, a doctor in search of a cure, a coup, a crown prince defending his people, a nation in peril, running zombies on the loose, and then a killer reveal in the finale.🧟‍♂️🧟‍♀️

If you think that’s a lot to take in, you’re right. But even with all its complicated storylines, the series still manage to impress, tackling social issues (which funnily enough, some are still relevant even in the present), giving its leads some much-needed backstory while still leaving out enough details to maintain the mystery.

Everything is just so well-written, and the tension just keeps on building up episode after episode. And just when it feels like the characters get a much-needed break, another catastrophe happens.

Can’t help but think that if I was a character in the series, I’d be dead already.😂

The thrill and excitement you’ll feel once you enter the supernatural world in Kingdom is so refreshing it takes me back to the first couple of seasons of another beloved zombie series, The Walking Dead. Now that I think about it, it’s kind of a downer how TWD kind of lost its flavor as the series progressed.

It sure feels like 10 years ago again when the zombie genre was on the rise. Hopefully, Kingdom does not trend down like TWD did, and perhaps give the zombie category a necessary revival. For now, though, let’s just enjoy the show’s run.

With thanks to the resurrection plant, Kingdom brings back some much-needed life to the zombie genre with its intricate plot, amazing action scenes, and stellar cast ensemble. The Korean show will give you thrills unlike any other and does not settle, upping the tempo a notch episode after episode.

With all that said, Kingdom is an absolute must-watch!

Here is my rating for season 1 of Kingdom.