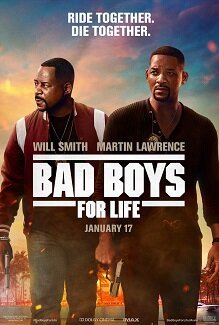 Bad Boys For Life is here! The third installment in the Bad Boys franchise starring the duo of Will Smith and Martin Lawrence is back after 17 long years.

But is it worth the watch or is it just another feeble attempt to revive a once-successful franchise? Read our review to find out.

Now helmed by the directing duo of Adil El Arbi and Bilall Fallah famously known as Adil & Bilall, the franchise is looking for some revival after years long of stagnation.

Set 17 years after Bad Boys II (2003), Lawrence’s Burnett is in the twilight of his police career but after an assassination attempt on his buddy Smith’s Lowrey, the duo is forced to ride one last time.

Right there and then it’s obvious that the chemistry among the two leads did never dwindled, at all. They’re still bad! And with the help of some new faces including High School Musical star Vanessa Hudgens and young guns Charles Melton, Alexander Ludwig, and Paola Nuñez, we’re all set for a revival.

It’s been a long time coming, but the Bad Boys (and Girls) are here, and they are as bad as ever!

After two successful films, former director Michael Bay stepped down from the director’s chair and handed the reins over to Belgian/Moroccan duo Adil & Bilall, who by the way are massive Bad Boys fan themselves.

And it shows. Some shots in the film looked eerily similar to Michael Bay’s patented fast stylized visuals with lots of explosions. Adil & Bilall basically took all the best aspects from Bay’s versions and with the help of an R-13 rating added their own distinct fresh flavor on the film.

The result: Much like the line in the film, “Hasta El Fuego”, which does not really mean anything other than being a pretty cool catchphrase, the directors manage to break the film down but was able to make sense of the ruin by piecing everything back together perfectly.

The first two Bad Boys films were a distinct combination of action and comedy. Bad Boys For Life is no exception, but a better story line gives the film a new dimension. One that exceeds a lot of expectations. Honestly, I did not expect much from this film. I mean, I knew it was going to be fun, but I didn’t know it could be so much more than that. The movie “penetrates the soul with its heart” (or at least it tries to).

…And There’s More To Come

Will Smith and Martin Lawrence brought their A-game on this. Their acting was superb. And so did newcomer Jacob Scipio, in what can only be called a break out role as Lowrey’s charming and deadly assassin and arguably the most important character in the film.

This is by far the best among the three Bad Boys films and by the end of this one, you’ll want to see more.

Thankfully, there’s a lot of opportunities that Bad Boys For Life left open for its viewers with that mid-credits scene.

It was quite unexpected but the Belgian/Moroccan directing duo of Adil & Bilall manages to make Bad Boys For Life still a Bad Boys movie and the so much more. The duo of Will Smith and Martin Lawrence is still one of the best buddy-cop duos of all time and with some fresh faces introduced, the Bad Boys and Girls could be in for another sequel.

Here is salida|etc’s rating for Bad Boys For Life.

One thought on “Bad Boys For Life: “Hasta El Fuego””